My dad and I are driving down backroad south of Delhi on a warm spring morning.   In the air is the unmistakeable bouquet of fresh manure, wafting up from a newly treated acre just upwind.  “Smell that?” asked my Dad as he leaned his head out the window, “That’s the scent of profits!” 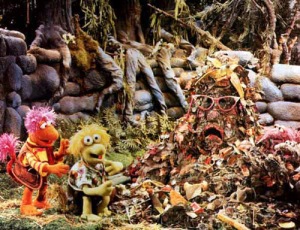 Compost is one of nature’s small gifts to those of us who wish to take it.  Bagging up potato peels.   Separating lemon rinds from swizzle sticks.  Throwing eggshells and coffee grounds into a bucket under the sink.

And any kid has to wonder, “when are they going to ask me to take that outside?”

The Korsts, a Dallas, Oregon couple composted their entire consumable garbage for a year after removing all recyclables.  Turns out their actual “garbage” filled a shoebox.   For a year!  Meanwhile the compost heap quietly bubbled and burped in their back yard.  No newscast has yet reported that they have gone missing while detectives are following up some promising leads next to the tomato rows.  But we wait to see.

Today, composting is de rigeur.  Ask the virtuous and self-denying citizens of Seattle who just this week accepted a composting by-law.   Simply stated, compost-eligible items may not exceed 10% of their weekly garbage pick-up.  In other words, “if it rots, keep it.”

Seattle City Council hash it out.

The city council opened up this can of worms in July with city ordinance 124313.  It requires the frugal and resourceful residents  to reduce recyclable contents in landfill garbage to less than 10%.

Two months later, still not satisfied with the purity of their garbage, city council expanded the 10% cap to compostable matter.  From now on, that leftover duck a l’orange goes under the Spiraea bush in the back yard.

The motive behind this cleansing is to reduce landfill waste.   It turns out that Seattle was shipping 300,000 tons of garbage to a site in eastern Oregon annually.   Remember the Korsts?

Today consumers are whipsawed by legislation over garbage.   Just east of us, Torontonians are thrilled that the 5-cent tax on grocery bags has been repealed by city council.

In this instance, the “single-use” plastic bag definition ran into a legal shredder.   Lawyers argued that once home, using the flimsy bag to hold garbage was a multiple use, and therefore acceptable.

The sweet smell of success!

You may remember Toronto has had its share of political low days.   One of its good days is the 2010 cessation of trucking over a million tons of garbage to a Michigan landfill site every year.

And farther east, in Ottawa, the citizenry of Canada’s capital were presented with a training video for folding their newspapers.  Why?   To line their wet garbage bin.  There’s government at work for ya.

Which brings me to my main interest: the business of composting.   In my world, if it’s vegetable, it’s compostable and… it’s profitable.

To that end, I happily walk broccoli stems, corn husks and wilted flowers out to a pile in the side yard that is the resting place for last year’s Jack ‘o’ Lantern, the weekly grass clippings, and all of the neighborhood’s fallen leaves.

Within this melange of produce there hustles a busy community of worms, sow bugs and centipedes.  They are quietly chomping, digesting and extruding high grade fertilizer.   Behind them, a trail of microbes are further breaking the matter down to its fundamental parts.

While they seemingly toil without cease, I have learned that the earthworm follows regular hours.   A New York State College environmental paper reveals that it takes 8 hours for a worm to digest a meal, head-to-toe as it were.   And the output?  Anywhere from 2%-44% of its weight.

The scientists who made this finding also report that the optimum population density for earthworms is about 8 one-ouncers per cubic meter.   I know that my compost heap does much better than that.   Judging by the cafeteria lineups, I have a high density worm farm in operation.  Don’t tell PETA.

The compost pile delivers the richest, loamy soil every spring and fall.   In the spring, I transport bushels of the black mulch to our garden.  There, it caps the ground, surrounds the new flowers, stifles the weeds and holds the water.

In the summer, I used another 20 bushels of compost to plant 11 rose bushes.   They are bursting in bloom continuously.

In the fall, I’ll dump another load of compost to cover over the roses and the mums, keeping them insulated until next spring.

My hat is off to the noble and frugal citizenry of Seattle.  But my thanks is to Dad making his point on that early spring morning.

5 thoughts on “Something’s Rotten in Seattle”