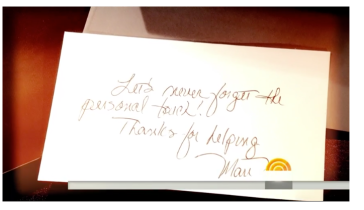 A written card, delivered by mail. Old fashioned, and meaningful.

This morning, CBS Sunday Morning with Jane Pauly featured the story of a father in Valdosta, Georgia who has sent over 20,000 post cards to his kids since 1995. The kids have saved every one, and their bookshelves are packed with volumes of fatherly words to his children.

As a devout postal fan, I was intrigued and pleased that there was a fellow writer who still believed in sending cards and letters.  Indeed a while back I wrote about the beauty of the written thank you note.

It drove me to look at the latest USPS Revenues Pieces and Weights report that measures the postal pulse of the nation. What I found was both disturbing, and a little puzzling. 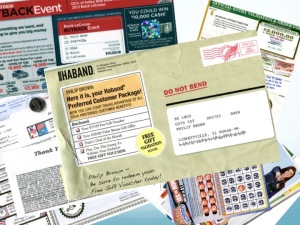 Direct mail surrendered some market share to the web.

We know that mail volumes have conceded their dominance to email and online transactions. Even direct mail, which is a vibrant, robust medium has also given up share to the web.

But what was revealing about our culture are the declining totals of personal mail for the last three months, from October to December, 2017.

Year over year, the Q4 volume of “single” letters slipped 5.9%. A blip? No, because single letters had dropped 5.1% the previous Q4 as well.  A single letter is typically a bill payment, a business letter, or a personal letter.  Or perhaps a greeting card. 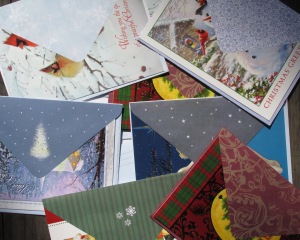 Percentages don’t really tell the story though. This past quarter, the single letter volume dropped 313,044,000 pieces.

To put that into terms we understand, I remind you that every Q4 we celebrate Halloween, Remembrance or Veterans Day, Thanksgiving, Christmas, and approximately 75,000,000 birthdays. 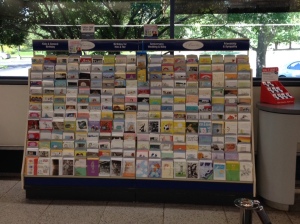 The USPS counter selection is not encyclopedic, but it is enough to trigger the impulse.

The answer again pops up in the USPS reports.  In 2017, Presort First Class letters, aka, bulk business letters dropped over 5%: 787 million fewer bills and statements going out; fewer checks coming back.

It further develops, according to the USPS 2016 Householder Diary that Americans sent 3.6 billion letters “household to household”.

Conclusion: consumers are doing their business online, receiving and paying their bills electronically. 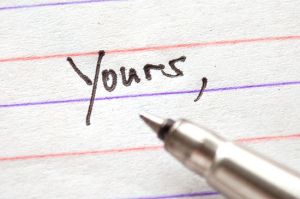 This is a huge relief to me, because it means that we are still writing personal cards and letters…I think.

For certain, the volume will never drop to zero, because of the persistent efforts of a father in Valdosta who still writes his kids every day.

How often do you?